It’s tragic that so many Ghanaian war veterans are passing away. It’s been a tragic year for the entertainment industry, with the passing of several renowned musicians, actors, and athletes. Death of music superstar AB Crentsil was the most recent one that devastated Ghanaians.
There’s been some terrible news out today. Prince Yawson, a veteran of the film industry and better known to Ghanaians simply as Waakye, has reportedly passed away. The cold hands of death had grasped him.

This tragic information was shared by Kessben FM. It has been reported that Prince Yawson “Waakye” has not been feeling well recently. He’s been hospitalized for quite some time now due to his illness. The seasoned actor succumbed to his illness, sadly.

Numerous Ghanaians have voiced their reactions to the tragic news that has spread over the country’s social media platforms. They’ve reacted with grief and anguish. 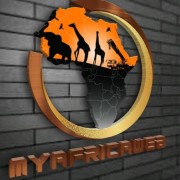